A license to wed isn't just a 2007 Robin Williams comedy that the critics hated (it managed a measly rating of 7% on Rotten Tomatoes). A marriage license is a necessity to make the marriage legally valid. Without this license, the occasion is simply a non-binding commitment ceremony. There are instances when an application for a marriage license may be declined. Similarly, it's possible for a license to be invalidated after it has been issued (and after you've already held a wedding ceremony). Could any of these reasons for refusal or invalidation apply to your own wedding plans?

It should be acknowledged that a refusal for a wedding license is determined by state laws. If you should attempt to bypass any restrictions by deception, you may face legal consequences. These reasons for refusal vary from state to state, and can include:

If you're unsure about your eligibility to obtain a marriage license (such as in the case of developmental disabilities), seek legal advice. There are also reasons why a marriage license may be rendered invalid after it has been issued.

Although misrepresentation (deliberate withholding of relevant information) can invalidate a marriage license, it's also possible for misrepresentation to occur without malice. Sometimes it's an honest mistake if certain information wasn't provided when applying for a license. If the validity of your license is officially investigated, you may need to prove that you made every reasonable effort to fulfill the prerequisites for getting married.

However, if you can prove that you entered into the marriage with good faith (acting under the assumption that your license was valid), it's generally just a case of applying for a new license, as the initial authorization may be invalidated. This means that a second ceremony will be needed, which is just a matter of formality that can be rectified with a quick civil ceremony.

It's important to be aware of your obligations when applying for a marriage license. Ensure you seek legal guidance if you're unsure about your eligibility. 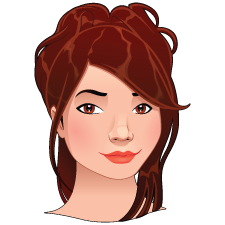